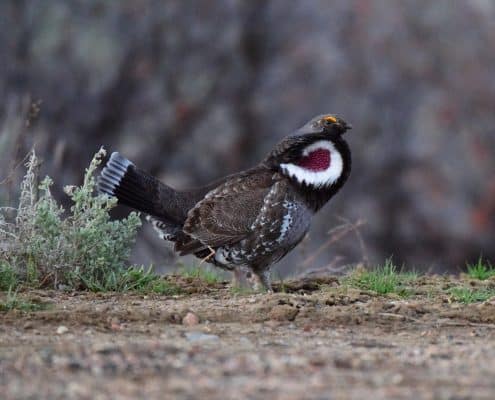 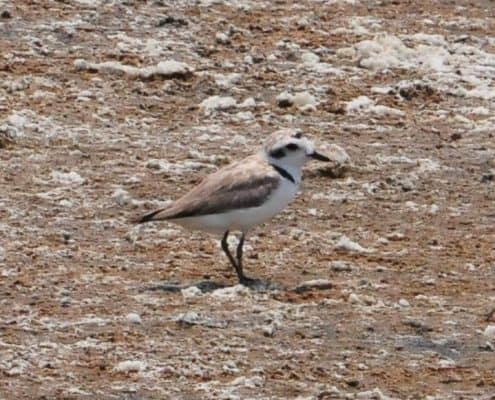 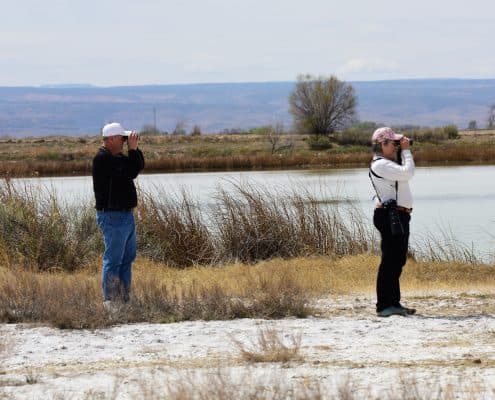 Species Description:  The Gunnison sage-grouse (Centrocercus minimus) is a species of sage-grouse found south of the Colorado River in Colorado and Utah.  They are about one-third smaller than the greater sage-grouse, and males have more distinct, white barring on their tail feathers, longer and more dense filoplumes on their necks.  Female Gunnison and greater sage-grouse have nearly the same plumage, but the female Gunnison is again about one-third smaller than the greater sage-grouse.  Male Gunnison sage-grouse conduct an elaborate display when trying to attract females on breeding grounds, or leks in the spring.  They will strut, flap their wings against their white pouches and utter a distinct series of sounds by vocalizing and popping two air sacs within their pouches.  Nesting begins in mid-April and continues into July. Click here for the full article.