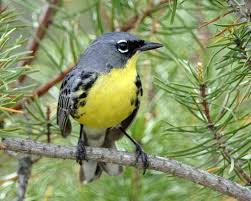 This region draws people from all over the world, in other words, the eastern warbler capitol. Each spring, thousands of passerines, waders, shorebirds and raptors pass through this area for breeding areas further north. With many Important Bird Areas, the flyway concentration and a little luck, we have a chance to see every one of these 38 eastern warblers while picking up many other species along the way. Because of all these opportunities it is called the Warbler Grand Tour. 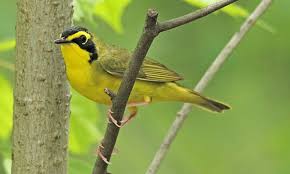 Starting our tour in northern Kentucky affords us some Appalachian breeders that often get missed at the migration hotspots up north. So the Swainson’s, Hooded, Worm-eating and Kentucky Warblers are the targets.

Birding in Shawnee State Forest in southern Ohio puts us in Yellow-breasted Chat, Prairie, Yellow-throated and Cerulean Warbler range, so bring your camera. 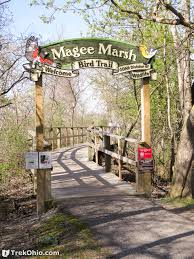 The spectacle of migration will be on display at the famous Magee Marsh on the Ohio shore of Lake Erie. We should average 20 or more warbler species a day because of the location along Lake Erie and the time of year.

Leaving the crowded boardwalk of Magee Marsh, we head north for Michigan’s migration hotspot at Tawas Point. Here the birds concentrate on the narrow peninsula in small groupings of trees and bushes making the birds easier to see. Don’t leave your camera at home because both Magee and Tawas are excellent spots for bird photography. Kirtland’s Warbler, the rarest of all eastern warblers, breeds in Michigan. We’ll spend plenty of time looking at this warbler in its Jack Pine breeding grounds. We should expect 200 species in full breeding plumage singing away. Don’t miss the 2020 migration and this amazing opportunity to see all these birds on the Warbler Grand Tour. 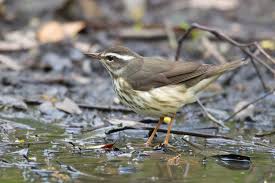 To start the Warbler Grand Tour, Fly into Cincinnati/Northern Ken

Our first day in the field is in the beautiful Red River Gorge area inside the Daniel Boone National Forest. Most importantly, we will be in the northern most range for some southern warblers. Target birds include Swainson’s, Worm-eating, Hooded Warblers and Louisiana Waterthrush. Other targets include Carolina Chickadee, Carolina Wren and Acadian Flycatcher.

As we leave Kentucky for southern Ohio and Shawnee State Park, stopping for bathroom breaks is a must! A healthy population of Henslow’s and Grasshopper Sparrows awaits us. Other targets include Blue Grosbeak and Dickcissel. Overnight in Portsmouth, Ohio. Most of our food stops will be ‘local restaurants’ while avoiding chain restaurants. In other words, I always like to support the little guy! Below is a clip of the sounds of this ancient forest.(B, L, D) Checklist – Red River Gorge 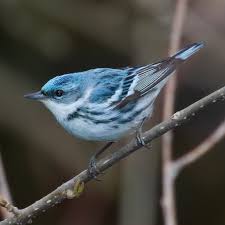 This full day will be in the spectacular Shawnee State Park, inside the Shawnee State Forest. It boasts a convergence of six natural ecological regions, while providing for a diverse habitat. In addition, it is the largest state park in Ohio. Short hikes are needed to find the 14 species of warblers. Possible species include Cerulean, Kentucky, Yellow-throated, Black-throated Green, Worm-eating, Prairie and Pine Warblers, Yellow-breasted Chat and Ovenbird. Finally, after lunch we will take a few hours to rest up for our evening excursion to The Edge of Appalachia Preserve. If we are lucky, this Nature Conservancy property should give us access to Chuck-will’s-widow, Eastern Screech-Owl, Common Nighthawk, Great Horned Owl, Barred Owl and American Woodcock. (B, L, D) Checklist – Shawnee State Park 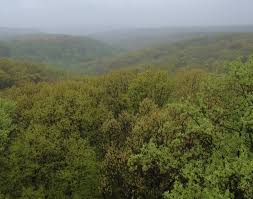 The morning will be spent filling in our bird list from this southern region, while mid-morning starts our drive north. Depending on bird reports and weather, we’ll choose several stops on our way north. Possible stops include Battelle Darby Metro Park, Lawrence Woods State Nature Preserve’s Boardwalk, Killdeer Plains Wildlife Area and Springville Marsh State Nature Preserve. Our final destination is our hotel near Toledo for four nights. Because of the hotel location, we’re just a short drive from the migrating phenomenon. (B, L, D) Checklist – Battelle Darby Creek 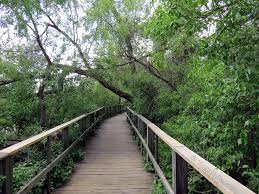 First stop, Magee Marsh coastal wetlands and boardwalk for the morning warblers. This trip coincides with ‘The Biggest Week in American Birding.’ Why come to northwest Ohio in May?  “ … it is quite simply the best place to witness spring migration of songbirds anywhere in North America.” After an amazing morning, we’ll spend the afternoon at Oak Openings Metropark were we could see Lark Sparrow, Summer Tanager, Blue Grosbeaks, Golden-crowned Kinglet, Purple Finch and lots of other goodies. So after our exciting first day of passerine migration, we’ll head back to our Hotel. (B, L, D) Checklist – Magee Marsh Boardwalk 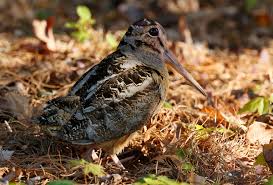 Mornings will be at Magee Marsh with the afternoons at one of many amazing birding hotspots. Metzger Marsh Wildlife Area is known for waterfowl with its extensive impoundment areas. Irwin Prairie State Wildlife Area also known as ‘Ohio’s Mini Everglades’ and is dominated by an extensive wet sedge meadow. The 1.25 mile boardwalk gives us access to migrating Blue-winged Warbler and many rare plants. Maumee Bay State Park is a great place for Orchard Orioles and Magnolia Warblers, but anything is possible. Pearson Metropark is also close and can produce any migrant. Finally, Howard Marsh Metropark is the spot for shorebirds. Above all, we will have lots of places to bird in northern Ohio. (B, L, D) Checklist – Howard Marsh

Hoping for a good stack up of birds at Magee Marsh, this is our final few hours at this magnificent migrant trap. Driving around Lake Huron’s shores and up to Tawas Point State Park should be scenic. While a chunk of the day will be traveling, the rest of the time will be looking for Golden-winged Warblers and exploring the state park. Because it sticks out into Lake Erie, birds concentrate along this park in migration. As a result, it is famous in Michigan as the best migrant trap along the lake. Less crowded than Magee Marsh, we should enjoy this underutilized birding gem. They boast 260 species migrating in spring through this hotspot. Overnight in Oscoda, Michigan for two nights. (B, L, D) Checklist – Au Sable State Forest 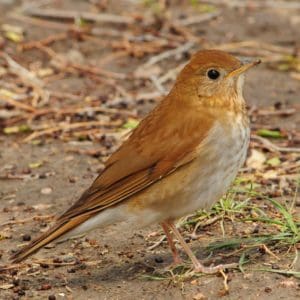 Finally, it’s time for the habitat restricted Kirtland’s Warbler. The contrasting blue-gray above and bright yellow below will seem as eye candy as we see this rare warbler in its preferred Jack Pine habitat. The rest of the morning is back at Tawas Point State Park. In the evening we’ll visit Tuttle Marsh Wildlife Area. Our targets here include Sandhill Crane, Alder and Willow Flycatchers, Marsh Wren, Bobolink, Swamp Sparrow and especially rails and bitterns. Overnight in Oscoda, Michigan. (B, L, D) Checklist – Kirtland’s Warblers

After breakfast, we’ll spend a few hours either at Tawas Point or another spot for Kirtland’s Warbler. Breaking up our drive towards Detroitwillinclude stops at Au Sable State Forest for migrants and Nayanquing Point SWA. At Nayanquing, anything is possible including both bitterns, Black-crowned Night-Heron, Wilson’s Phalarope, Herring Gull, Eastern Kingbird, Sedge Wren and Yellow-headed blackbird. Finally, the final night of the Warbler Grand Tour is near the Detroit airport. (B, L, D) Checklist – Tawas Point SP

EXPERIENCE: advanced beginner and up

FINAL PAYMENT: Due 90 days out 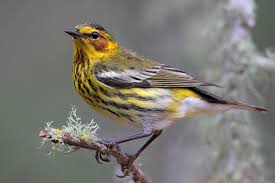 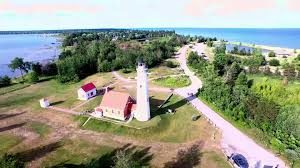 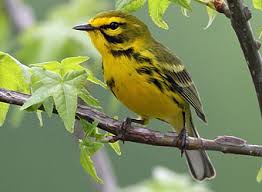 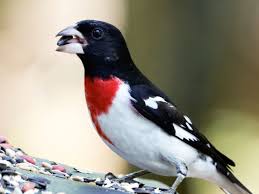 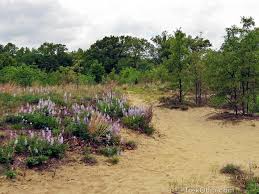 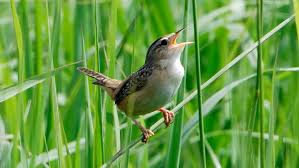 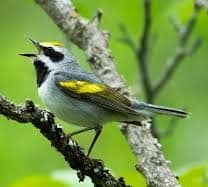 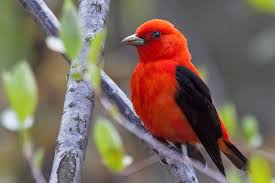 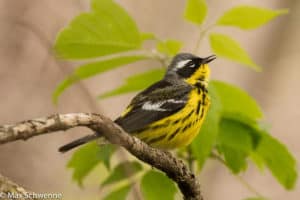 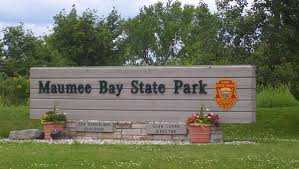 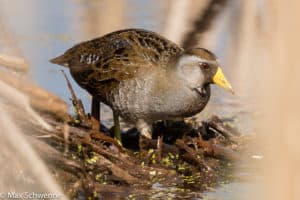